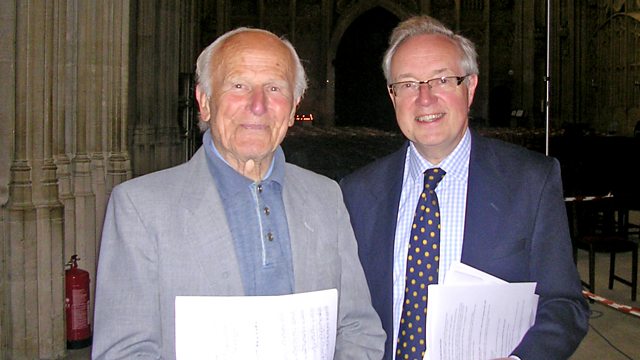 Sing, choir of angels!: The centenary of Sir David Willcocks

Anna Lapwood explores the legacy of Sir David Willcocks, whose carol arrangements were made famous during his tenure as director of music at King's College, Cambridge.

2019 marks the centenary of the birth of Sir David Willcocks, whose carol arrangements made famous by the choir of King's College, Cambridge changed the landscape of choral music around the world. Anna Lapwood explores Sir David's career and speaks to those associated with his life. Recorded in the chapel of King's College, Cambridge, the BBC Singers are joined by organist Ashley Grote in this final recording made with their Conductor Laureate Sir Stephen Cleobury before his death in November. Performances include some of Willcocks's iconic festive settings. Featuring interviews with Sir Stephen Cleobury, Lady Willcocks, Bob Chilcott, Daniel Hyde and James Lancelot.

Christmas: and all that jazz...

See all recipes from Sing, choir of angels!: The centenary of Sir David Willcocks