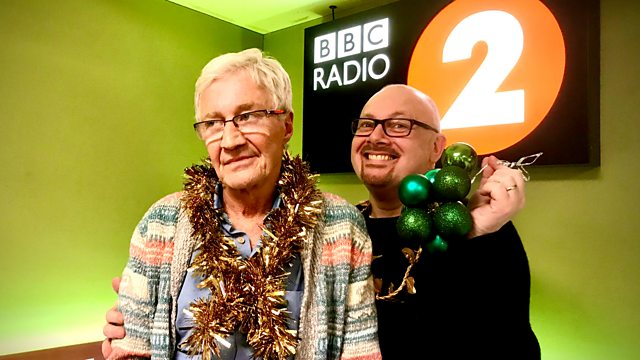 He's back on Christmas Day

It’s the show he calls Christmas at the Workhouse, but to everyone else it’s Paul's annual special featuring messages and dedications from his listeners all over the world. There’ll be an eclectic seasonal playlist, the return of the “Radio Two Choral Society”, and two festive Hollywood Triples.
He also remembers the actress and star of "Crossroads", Noele Gordon, who was born on this day in 1919.
Plus, for the first time, Paul taste tests Malcolm’s mum’s homemade Yule Log - naturally he’ll be bringing an axe with him to the studio.
And, rounding the festivities off will be a few surprise interruptions from Petula Clark, Celine Dion, Luke Evans, Jodie Prenger, Tom Speight, and many more – specially recorded for the big day.
Presented by Paul O’Grady
Produced by Malcolm Prince.

His first It's A Small World Special

See all episodes from Paul O'Grady