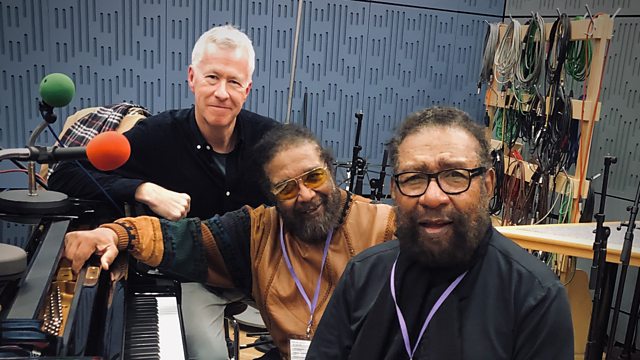 The Holland brothers, Eddie and Brian, remember the creation of some of their classic Motown hits including Where Did Our Love Go?, Baby Love and Reach Out (I'll Be There)

Three names on the Motown label, Holland-Dozier-Holland, were behind a string of hits including 13 number 1s in a row. The songs they wrote included Reach Out (I'll Be There), Stop! in the Name of Love, Where Did Our Love Go? and Baby Love and the artists they composed for ranged from Martha and the Vandellas and Diana Ross and the Supremes to Marvin Gaye and The Four Tops. Now in the 60th anniversary year of Motown and as they publish their autobiography, Come and Get These Memories, the Holland Brothers, Eddie and Brian, join Front Row for an intimate chat by the piano, remembering the creation of some of their greatest hits.