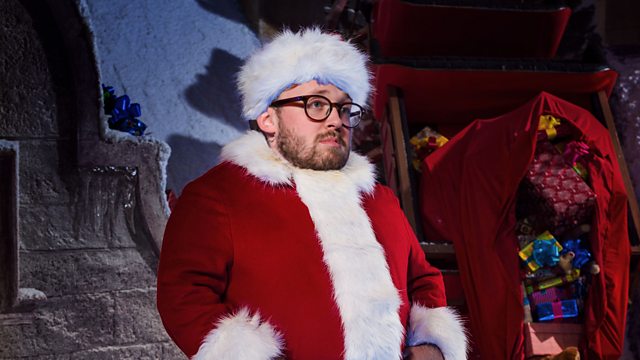 Christmas might be the only time of year you set fire to your pudding - but isn’t it just another day?

A programme about home, memory and ritual. Two-time Edinburgh Comedy Award winner John Kearns pulls up his sleigh to share genuine audio recordings of his family’s Christmas dinners gone by. Listen as his family picks over the bones of Midnight Mass, dissects jokes with abandon, mourns the quality of fish and chips and pays its respects to discontinued bus routes.

The tapes are interspersed with Kearns’ singular stand up, running through the litany of his Christmas morning, pondering Gary Lineker signing a Christmas card to his wife, and marvelling at George Ridgeley writing Last Christmas in front of Match of the Day.

Light up the fire, extinguish the pudding, pop the kettle on and settle into a Very John Kearns Christmas.

Produced by Novel for BBC Radio 4