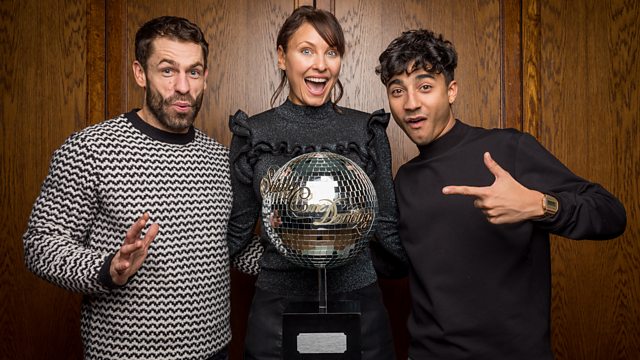 The remaining three couples take to the floor for the very last time to perform three routines each. With a guest performance by Taylor Swift.

Tess Daly and Claudia Winkleman host the Grand Final of Strictly Come Dancing 2019. Back in September, 15 Strictly stars began the competition, and now we are down to the final three. Tonight, those three couples will dance three times in a bid to lift the famous Glitterball Trophy.

First, the judges pick the dances from earlier in the series that they think each couple can improve upon. Next, the couples perform their showdances – no rules, any style. This is their chance to showcase their creativity and dancing skills. Finally, each couple will dance their favourite routine from the series.

The people with the paddles - Bruno, Motsi, Craig and Shirley - critique each performance, but it will be up to the viewers alone to vote for their favourite.

With a guest performance by pop superstar Taylor Swift.