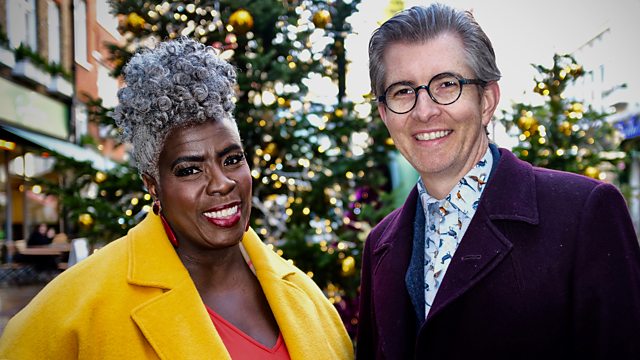 Gareth Malone and Karen Gibson reveal the story of Christmas in Britain from its origins to the banning of the celebration in the 17th century.

Gareth Malone and Karen Gibson reveal the stories and legends behind some of Britain’s Christmas traditions, unwrapping the surprising ways that the festive season was marked in the past, and, with their shared passion for music, exploring what the nation has sung at this time of year across the centuries.

Today, they follow the story of Christmas on these shores from its origins, through the lavish partying of Elizabethan times, to the banning of the celebrations in the 17th century. Along the way they discover that carols were once as much about dancing as singing, and they find out why a holy site in Norfolk, known as England’s Nazareth, once rivalled Jerusalem and Rome as a destination for pilgrims. And in Cambridge, the pair come together for a beautiful performance of a much-loved carol.