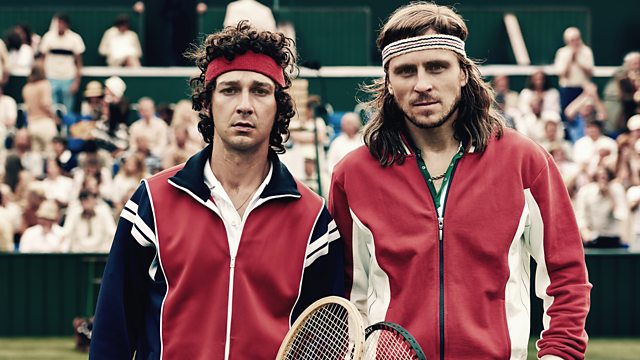 Legendary tennis rivals Bjorn Borg and John McEnroe battle it out at Wimbledon in 1980 in a battle of personalities that sets the world of tennis alight.

In the summer of 1980, Bjorn Borg sits atop of the tennis world, dominating the sport both on and off the court. A powerful and rigorously disciplined player, there is only one obstacle in his pursuit of a record-breaking fifth Wimbledon championship - the highly talented but ferociously abrasive young American John McEnroe.

With three days until the tournament begins, Borg trains religiously in his lavish Monaco home, aided by his coach and mentor Lennart and girlfriend Mariana. But McEnroe's explosive confidence and wrecking-ball persona continue to infiltrate the Swede's ice-cool and normally unshakable temperament. With each man the antithesis of the other, both players delve into their formative memories as the climactic tournament draws near and anticipation reaches fever pitch.

The match marks the pinnacle of the fire and ice rivalry between the two players – a battle of personalities that sets the world of tennis alight.