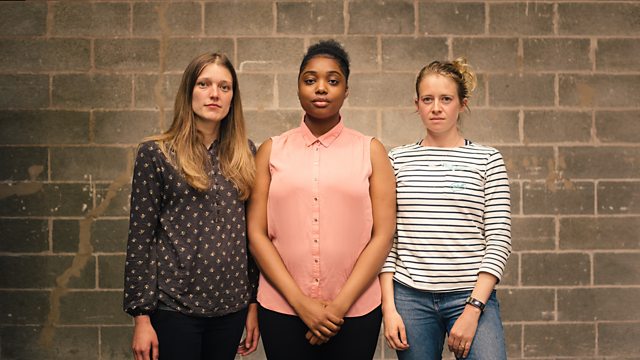 Chekhov as he has never been done before. Three 21st century sisters with varying degrees of D/deafness. Written by Polly Thomas and Jenny Sealey.

Three Sisters Rewired, written and directed by established team Polly Thomas and Jenny Sealey, is a radical reworking of Chekhov.

This is not a faithful modernisation of the Russian original – it is a complete overhaul exploring how, even in the modern world, isolation and stagnation are the daily lot of many. Set in 21st century Yorkshire, Moscow becomes London. On an isolated farm, three sisters - Olivia, Maisie and Iris – struggle to survive on a financially draining farm, with intermittent internet, and a sense of dislocation from the rest of the world.

Jenny Sealey, artistic director of Graeae Theatre, has always wanted to tackle Three Sisters through the prism of Deafness. She was struck by Chekhov's characters being metaphorically deaf (as Michael Frayn points out in his foreword) and how little the three sisters actually talk in the play. This new take gives a voice to three sisters and makes them literally Deaf.

Jenny says, "Deaf people do arguably exist within their own monologue, unhindered by outside distraction of sound, but in order to communicate, they have to look intently so as not to miss any information. Their varying degrees of Deafness also can underpin the hierarchy between them – who is more Deaf, who heard what, who is the best lipreader? The sisters’ frustration with the world is not because they are Deaf, but because they are bored. Their longing for London is paramount, to get away from the dullness of their existence, but naturally their Deafness unconsciously informs everything. Three Sisters Rewired is about how we listen or don’t listen, how whether we are deaf or not, we all have selective communication, closing our ears and eyes to the world around us."

As in previous productions for Radio 4 by Graeae Theatre and Naked Productions, the cast is a mix of Deaf, disabled and non-disabled actors. The flute is played by Deaf flautist, Ruth Montgomery, who taught herself to play through the vibrations of the instrument.

Episode 1:
We meet Olivia, Maisie and Iris on Iris’ 20th birthday. Olivia, the eldest, is single and a teacher in an all girls school. Maisie works the farm, and is unhappily married to local teacher, Kevin. Iris is a vlogger, hoping army boy Tyrone – or maybe Sean - will take her to the bright lights of London. Angus, their brother, is a thwarted Quietism academic, trapped by his love for local small-town girl Natalie. A year later, Angus and Natalie have a son, Bobby, Their housekeeper Anna, tries to keep the family together as Angus gambles, Iris pits Tyrone and Sean against each other, Maisie falls in love with the married Colonel Victoria Thomas and Olivia roams Tinder, looking for love.