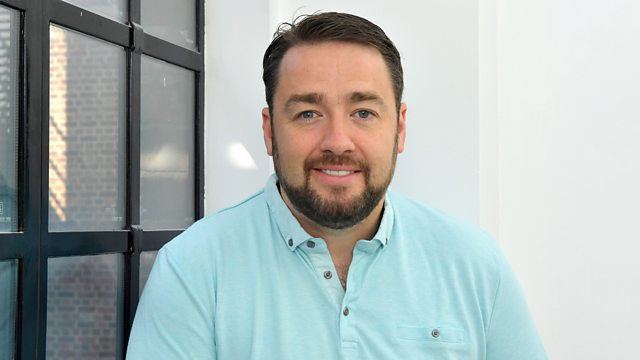 Comedian, actor and presenter Jason Manford, Esther Rutter on her passion for knitting and Justin Myers on coming clean after years of writing an anonymous dating blog.

Jason Manford began his stand up career at the age of 17 and was nominated for the Perrier Award in Edinburgh in 2005 at just 24. As he embarks on a starring role in the West End run of Curtains, Jason tells Suzy Klein and Aasmah Mir why he won't be pigeonholed.

Justin Myers had been secretly detailing his romantic encounters and reviewing dates in the Blind Date column in the Guardian Weekend Magazine on his blog The Guyliner for ten years. Then he began to receive messages threatening to reveal his true identity. After deciding to unmask himself, Justin’s career has taken off; he published his first novel, The Last Romeo, in 2018 and his second novel The Magnificent Sons will published in May 2020.

Esther Rutter grew up on a sheep farm in Suffolk, where she learned to knit at the age of seven. She’s been an enthusiastic knitter ever since and last year, she set out to write a history of the craft, a journey which took her across the country, from Shetland to Guernsey.

See all clips from Jason Manford (2)