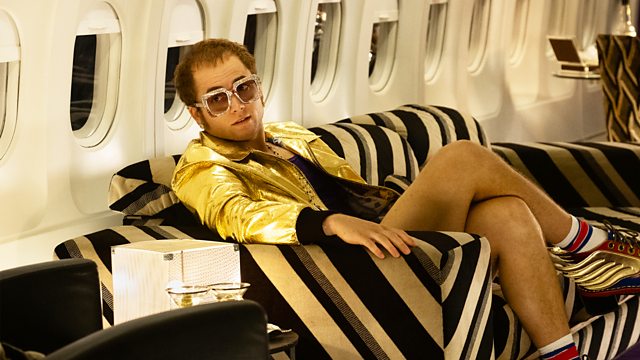 Taron Egerton discusses playing Elton John in the film Rocketman, Joe Stilgoe on what makes a Christmas hit, and a review of BBC One's A Christmas Carol.

Taron Egerton, whose performance as Elton John in the film Rocketman has already earned him Golden Globe and SAG nominations for Best Actor, talks about channelling the flamboyant performer on screen and capturing his distinctive voice in hits such as Your Song and Tiny Dancer. Rocketman is available on DVD.

There have been scores of actors who have played Scrooge from Charles Dickens’s A Christmas Carol, from Alastair Sim and Basil Rathbone to Albert Finney and Michael Caine. This season it is the turn of Guy Pearce who appears as the misanthrope in a BBC One television adaptation by Steven Knight. How will the the creator of Peaky Blinders interpret the festive perennial? Raifa Rafiq reviews.

What are the ingredients of a Christmas hit song? Singer, pianist and songwriter Joe Stilgoe dissects some classics and performs from his Christmas album.

Saoirse Ronan, The Book People goes into administration, How to paint babies

Rocket Man is out on dvd