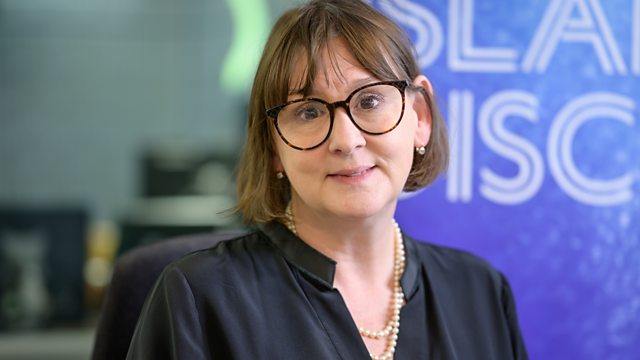 Heidi Thomas, screenwriter of Call The Midwife, shares the eight tracks, book and luxury she would want to take to a desert island. With Lauren Laverne

Heidi Thomas is a screenwriter and playwright best known for Call the Midwife. The BBC TV series, which began in 2012, was originally a six part adaptation of a trilogy of memoirs by Jennifer Worth, recalling her experiences as a midwife in the East End of London. It was an immediate hit, with 10 million viewers a week, becoming one of BBC One’s most popular dramas and a fixture in the Christmas schedules.

Born in 1962, Heidi Thomas grew up as the eldest of three children in the leafy suburbs of Liverpool. Her father ran a drain cleaning business while her mother looked after the children, including Heidi’s youngest brother David, who was born with Down’s Syndrome.

Heidi studied English at Liverpool University, supporting herself by selling ladies’ underwear at a department store. During a bout of viral hepatitis, which left her unable to apply for jobs when she graduated, she entered a competition for new plays and won a prize for her debut, All Flesh is Grass. During the production,of her next play, Shamrocks and Crocodiles, she met the actor Stephen McGann. They went on to marry, and many years later Stephen was cast as the GP in Call the Midwife.

After nearly a decade in the theatre, Heidi made the leap into television, first writing on existing series such as Soldier, Soldier and Doctor Finlay. Her other screenwriting credits include Lilies, based on her grandmother’s recollections, and adaptations of classic novels including Elizabeth Gaskell’s Cranford, Noel Streatfeild’s Ballet Shoes and Louisa May Alcott’s Little Women.

DISC ONE: You Belong to Me by The Duprees
DISC TWO: Penny Lane by The Beatles
DISC THREE: Gentle on my Mind by Dean Martin
DISC FOUR: Who Will Sing Me Lullabies? by Kate Rusby
DISC FIVE: The First Time Ever I Saw Your Face by Roberta Flack
DISC SIX: Finishing The Hat by Josh Groban
DISC SEVEN: Agnus Dei from Requiem, op. 48, conducted by Nigel Short and performed by London Symphony Orchestra Chamber Ensemble and Tenebrae
DISC EIGHT: Both Sides, Now by Joni Mitchell