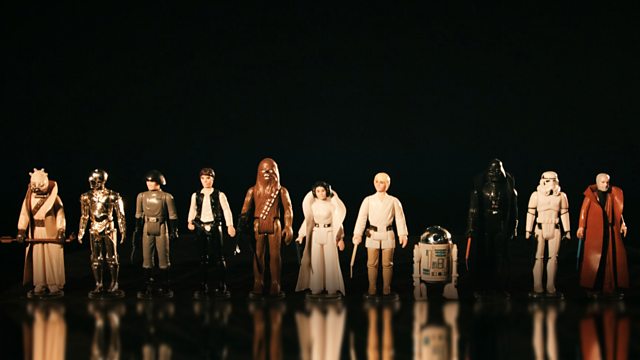 Superfan David Whiteley celebrates how an unassuming band of designers and factory workers in Leicestershire created the toys which were to define a generation.

Toy manufacturer Palitoy based in Coalville, Leicestershire, was chosen to make toys for the new Star Wars movie in the UK. The company was already successful with Action Man and Tiny Tears. But Star Wars toys were about to become the must have toys of a generation. It was an unexpected success. At that time toys from films didn’t sell well. Rich archive brings the nostalgia of the 1970s back to our screens, as David Whiteley meets the men and women who made it happen against all the odds, and the enthusiasts whose pocket money toys now fetch eye watering sums.

‘Toy Empire: The British Force Behind Star Wars Toys’ tells the success story of the toys would change the way movies are marketed forever.