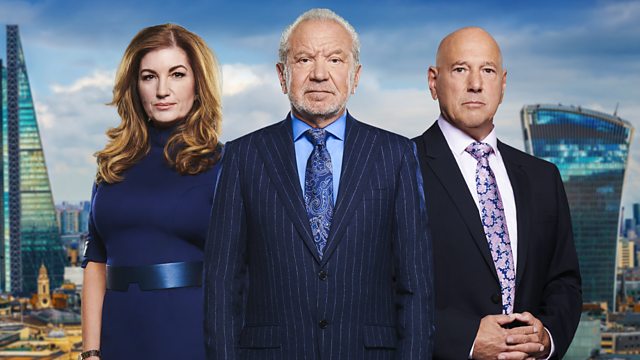 The final five candidates go head to head with Lord Sugar's advisors as they present their business plans and face the bigwigs' scrutiny.

The final five candidates are summoned to 70 St Mary Axe, otherwise known as the Can of Ham, a spectacular new 21-storey building in the heart of the City of London.

They face the scrutiny of Lord Sugar’s most trusted advisors, who are primed to pick apart their business plans. Each candidate goes head to head with the business bigwigs as they battle to back their plans. There’s tough talking, turmoil and tears as bravado breaks, egos are eradicated and business plans bulldozed.

In the boardroom it’s Lord Sugar’s chance to give them a grilling, as only two can progress to the final while the rest are told, 'You’re Fired!'

See all clips from Interviews (2)