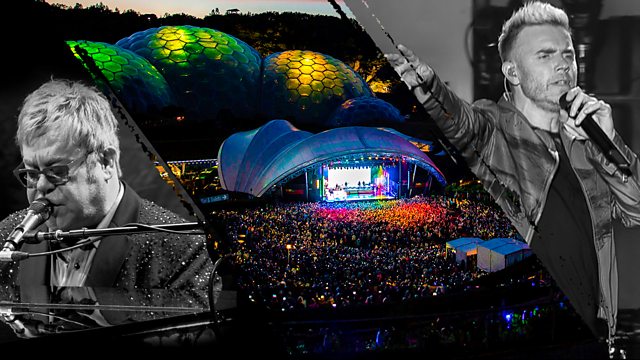 A look back at some of the renowned artists who have performed live against the stunning backdrop of the Eden Project biomes. Includes highlights of 100 concerts, from Elton John to Gary Barlow.

A celebration of the Eden Sessions that looks back at the first 18 years of concerts at the Eden Project in Cornwall, which began in 2001. One hundred live concerts, from Elton John to Gary Barlow, set against the stunning backdrop of the Eden biomes.

Introduced by Nile Rodgers, who headlined the 100th show on 23 June 2019, the programme features performances by a wide variety of artists. They include Pulp, who headlined the first ever Eden Session in July 2002, Duran Duran, Bastille, Muse, Gary Barlow, Van Morrison, Madness, Primal Scream and Lionel Richie.