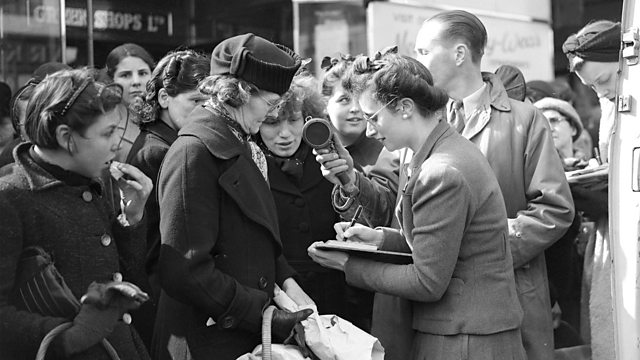 Diana Quick reads the autobiography of Lucy Malleson, a detective writer of the 1930s, who wrote under the name Anthony Gilbert.

Diana Quick reads the autobiography of Lucy Malleson, a detective writer of the 1930s and 40s who wrote under the name Anthony Gilbert.

As her novels begin to be published, Lucy Malleson’s reputation as a writer grows and she is invited to become a member of “the Detection Club” by the famous Dorothy Sayers.

Becoming a member of this writers’ club involves a highly theatrical ceremony. It stars both Dorothy Sayers and G KChesterton, who is the President of the club, and features a procession with torches, long black robes, and a skull. Lucy gives a humorous description of this peculiar ceremony and looks back wryly at her own somewhat snobbish ambitions as an aspiring writer.

Meanwhile, though, unemployment is growing in the early 1930s.

“By 1933 the Slump had spread like the plague. For the unemployed, the cry of 'Too old at 40' was becoming 'Too old at 30'. One felt most for the men, because as a rule they had families to support, but it was bad for the women too. When nobody wants what you have to offer you begin to doubt your own value as a human being.”

Lucy decides to investigate for herself what it’s like trying to find employment as a secretary, and talks to others who are also looking for work.

“’You see stars at first,’ said one unemployed man to me,’and then you see sense. You realise that there are only a certain number of jobs left, and in every job, like a rabbit in a hole, some other chap is crouched. What you’ve got to do it watch till he’s off his guard and then bounce him out of his hole. The devil of it is everybody’s got the wind up. Everybody’s on guard now.'”

See all episodes from Three-a-Penny