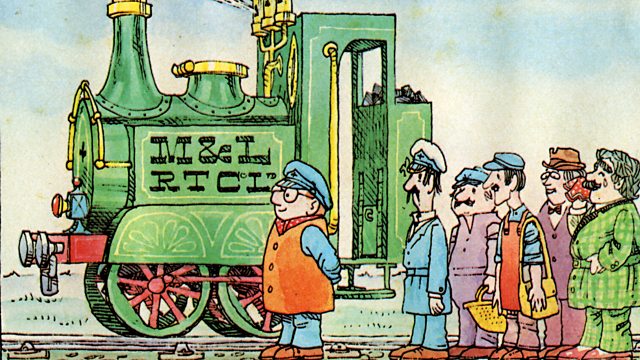 From Ivor to Sam: The Art of Kids TV

Former Blue Peter host Tim Vincent looks back at 60 years of children's TV - from shows set in Wales like Ivor the Engine to runaway global hits made in Wales like Fireman Sam.

Former Blue Peter presenter Tim Vincent who was born and grew up in North Wales takes a nostalgic look back at 60 years of children's TV - from shows set in Wales like Ivor the Engine to those made in Wales like Fireman Sam and Super Ted.

Tim travels back six decades to remember the very first outing for the animation series Ivor the Engine, then in black and white, which was first broadcast on ITV in 1959. Programme creator Oliver Postgate's son Daniel tells us where the inspiration for Ivor first came from. The series was updated for 70s and 80s viewers and produced in colour on the BBC. And Daniel tells us how he's really keen to revive Ivor the Engine for 21st Century kids.

There's a rich heritage of children programme making in Wales - often in different languages. Did you know there was a Welsh version of children's animated favourite Camberwick Green which was broadcast at strange times in the schedule?

Growing up as a kid in the 70s, Tim couldn't escape the BBC's school holidays offering 'Why Don't You?'. The series which encouraged children to switch the TV off and do other things was loved and loathed by kids in equal measure. Cities around the UK would take it in turns to host the show and it provided early experimental turf for celebrated Welsh TV writer and the man who revived Dr Who, Russell T Davies.

Russell and Tim worked on Granada TV show Children's Ward and are reunited for this programme which also looks at the birth of shows like Fireman Sam and Super Ted which sprang from the arrival of S4C in 1982. We hear how Sam became a runaway hit in both English and Welsh.

Tim hears how HTV blazed a trail for kids TV and kept the BBC on its toes for many years while we recall other Welsh characters which emerged in shows not produced in Wales - like Fenela the witch and her 'headaches' in Cosgrove Hall's popular Chorlton and the Wheelies series.

And the programme is on location at the Cloth Cat Studios in Cardiff as we look ahead to the future of children's TV production in Wales.