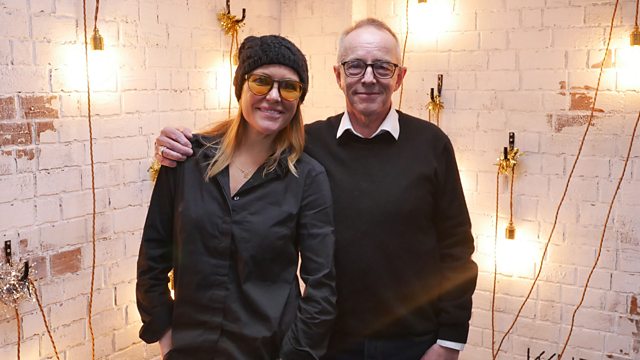 Topper Headon of The Clash and sound artist Jason Singh.

To celebrate the 40th anniversary of The Clash's seminal third album 'London Calling', Cerys is joined by drummer Topper Headon.

Released in December 1979, this album was a milestone in UK music and punk rock. The album’s lyrics reflected contemporary concerns, many of which are still prevalent in today's society. The sound moved away traditional punk by reworking a wider range of genres ,everything from reggae and ska, to jazz and rock n roll.

The iconic album cover alone has won multiple awards. The famous shot of Paul Simonon smashing his bass guitar into the stage of the New York Palladium on September 21, 1979, depicts the anarchic attitudes and resistance The Clash stood for. This moment in time was captured by British photographer Pennie Smith with sleeve design from Ray Lowry.

Nicholas Bowen "Topper" Headon joined The Clash in 1977 and his drumming skills have been an integral part of the band's sound.