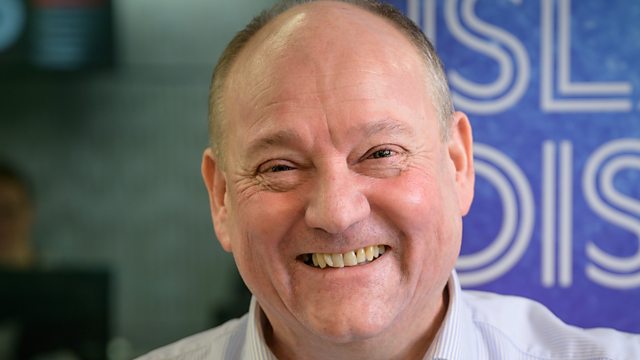 Professor Russell Foster, professor of circadian neuroscience, chooses the eight tracks, book and luxury he would take if cast away to a desert island. With Lauren Laverne

Professor Russell Foster is head of the Sleep and Circadian Neuroscience Institute at the University of Oxford, professor of circadian neuroscience and the director of the Nuffield Laboratory of Ophthalmology. An expert in sleep, he describes it as 'the single most important health behaviour we have'.

Born in 1959, as a child he loved his toy microscope and digging up fossils. Despite being labelled “entirely non-academic” by his headmaster and attending remedial classes for some years, he achieved three science A levels which won him a place at the University of Bristol.

There, he developed an early interest in photo-receptors - cells which convert light into signals that can stimulate biological processes. This eventually led to his post-doctoral discovery, in 1991, of a previously unknown type of cell – photosensitive retinal ganglion cells – in the eyes of mice. His proposition that these ganglion cells – which are not used for vision, but to detect brightness – exist in humans too initially met with scepticism from the ophthalmological community.

Russell’s research has made a significant impact, proving that our eyes provide us with both our sense of vision and our sense of time, which has changed the clinical definition of blindness and the treatment of eye disease. He has published several popular science books.

Russell is married to Elizabeth Downes, with whom he has three grown-up children.