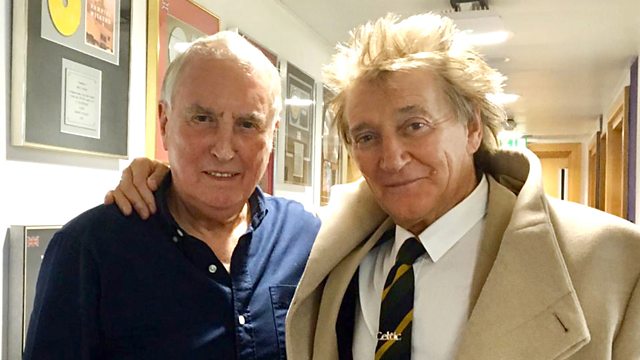 Sir Rod Stewart shares his favourite 70s tracks and memories of the decade.

Sir Rod Stewart shares his favourite 70s tracks and memories of the decade, in this, his 50th year as a signed solo artist.

At the start of the decade, Rod had just been signed as a solo artist, and had joined the Faces with Ronnie Wood who he had played with in Jeff Beck's band in the late 60s. They released their debut album in early 1970 and quickly earned a reputation as a brilliant live band. Stewart continued to release solo material but it wasn't until 1971 that he became a household name when "Maggie May" - initially released as a B-side to a single taken from the album Every Picture Tells A Story - started receiving rapturous radio play. At one point, the album and the single occupied the number one spot in both the US and the UK simultaneously, a chart first. Having parted company with the Faces in 1973, Rod went on to have 4 more No.1 albums and singles during the decade, including You Wear It Well, Sailing, The First Cut Is The Deepest and Da Ya Think I'm Sexy?

Also on the show, Johnnie hears all the stories from This Week In Music, and hears from a listener about why their favourite record should be inducted into Johnnie's Jukebox.