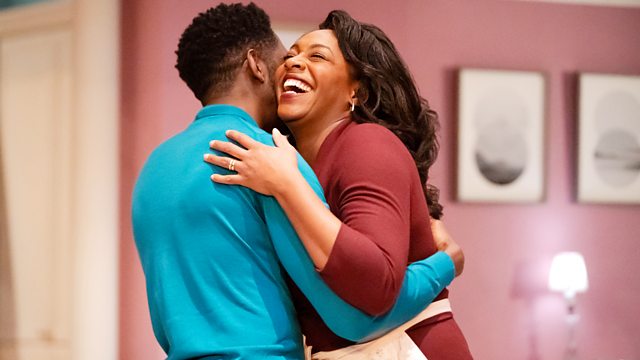 Fairview is a Pulitzer Prize-winning play just opened at the Young Vic in London. It starts out like a conventional US African American dramedy and then begins to mess with the audience's expectations. How will our reviewers feel about it?
Chinese film So Long My Son has won awards at international film festivals. It tells the story of a family over 30 years of turbulent Chinese history
Annette Hess' prize-winning novel The German House is the story of a Polish translator at the 1963 Frankfurt Auschwitz trials. Caught between societal and familial expectations and her unique ability to speak truth to power—as she fights to expose the dark truths of her nation’s past. If everything your family told you was a lie, how far would you go to uncover the truth?
A new exhibition of work by British abstract painter John Walker at Ikon in Birmingham includes new paintings
A Very Scandi Scandal has just started in the Walter Presents slot on Channel 4. It's a Swedish comedy heist with two extremely unlikely bank robbers
Shahidha Bari's guests are Dea Birkett, Kit Davis and Robert Hanks. The producer is Oliver Jones

So long, my son

By Annette Hess
Published by HarperCollins