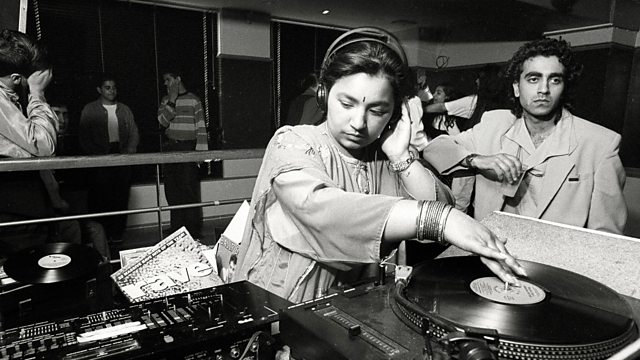 Three Pounds in My Pocket Series 3
Episode 1 of 3

Dramatic upheavals in the 1980s for Britain’s South Asians. Kavita Puri hears stories of the pioneering migrants from the Indian subcontinent and their children.

For the past five years, Kavita Puri has been charting the social history of British South Asians in post-war Britain. Many came with as little as three pounds due to strict currency controls. By the 1980s, the ‘three pound generation’ had been here for decades – they were not going back. And their children – many born here – were coming of age. This series begins with the aftermath of race riots in 1981.

The 1980s saw a cultural flourishing take place for the South Asian community in Britain, but later in the decade there would be a backlash. And in 1984, events on the Indian subcontinent would prove to be of monumental significance for British Sikhs. The Indian Army’s storming of the Golden Temple in Amritsar, the holiest shrine of Sikhism, created anger and disbelief among British Sikhs – and led them to question their relationship both with India and the UK.