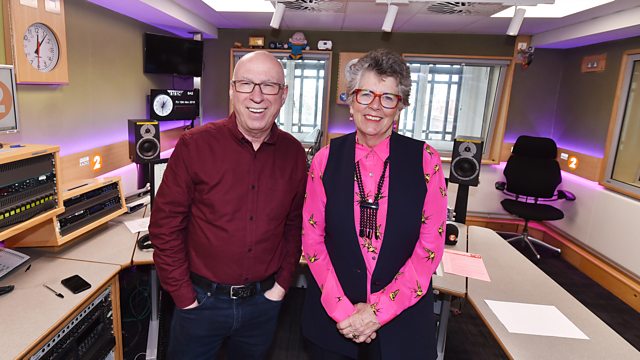 Chef, business woman, journalist, novelist and Great British Bake-Off judge - Pru Leith CBE chooses her favourite records with Ken Bruce. Pru Leith has been at the top of the British food scene for nearly sixty years. She hails from Cape Town, South Africa. As a student she travelled to Europe to attend the Sorbonne and came to London in 1960 to attend the Cordon Bleu Cookery School. Here her love of cookery began. She started her own business, ran her first restaurant and founded her own cookery school. She’s been a leading figure in campaigns to improve food in schools, hospitals and in the home. She writes on food for many of the national newspapers and has written five romantic fiction novels including the trilogy "The Angelotti Chronicles". She has compiled countless cookery books and written her autobiography - My Life of a Plate. She is, of course, a judge alongside Paul Hollywood in "The Great British Bake-Off".