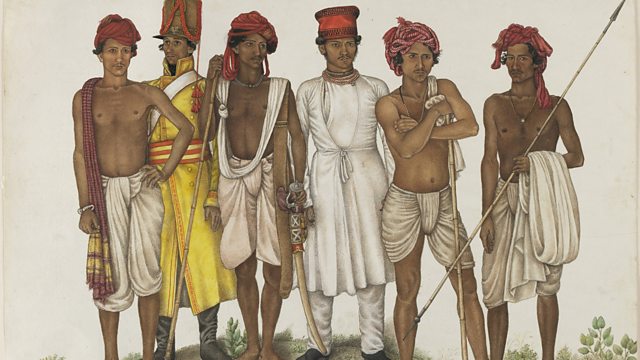 The shadow of empire and colonialism

Historian William Dalrymple, Wasafiri editor Susheila Nasta and novelist Romesh Gunesekera join Rana Mitter for a conversation looking at the East India company, the socialist economic policies and language battles in Ceylon in the 1960s before it became Sri Lanka and the way writing from around the world has reflected changes of attitude to postcolonial history.

Sri Lankan-born British author Romesh Gunesekera has just published his ninth novel, Suncatcher, depicting two boys, Jay and Kairo, growing up in 1964, who overcome their different backgrounds to become friends at a time when Ceylon is on the brink of change.

Wasafiri, the magazine of international contemporary writing, has just published its 100th edition, which includes an interview with Romesh Gunesekera. The publication derives its name from a Kiswahili word meaning "travellers" that is etymologically linked with the Arabic word "safari". Susheila Nasta, Professor of Modern and Contemporary Literatures at QMUL, was the founding editor, the recipient of the 2019 Benson Medal from the Royal Society of Literature and is now handing over the reins to Malachi McIntosh. She has just edited a collection of essays called Brave New Words: The Power of Writing Now and has completed compiling, with Mark Stein, The Cambridge History of Black and Asian British Writing, due out in 2020.

William Dalrymple has published The Anarchy: The Relentless Rise of the East India Company which you can find as a Book of the Week on BBC Radio 4 https://www.bbc.co.uk/programmes/m000b4pz
He has curated an exhibition at the Wallace Collection in London, Forgotten Masters: Indian Painting for the East India Company, which runs from Dec 4th to April 19th 2020