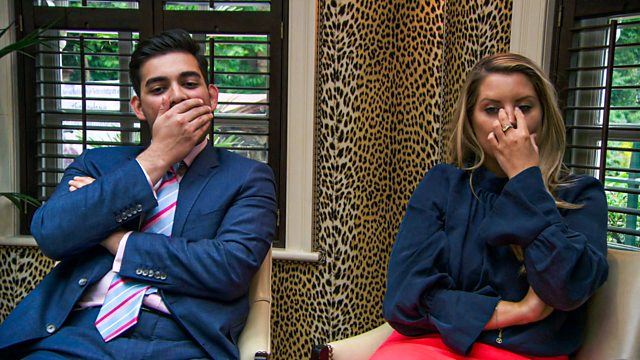 Lord Sugar asks the candidates to don their lab coats and goggles as he challenges them to create and sell their own perfume.

It's Week Ten, and Lord Sugar summons the candidates to Burlington House in central London. A cultural hub for the arts and sciences, it is home to five learned societies, including the Royal Society of Chemistry.

So for their next task, Lord Sugar asks the candidates to don their lab coats and goggles as he challenges them to create and sell their own perfume. The teams will have to come up with their own signature scents and design and brand a unique bottle, before attempting to secure sales from two major retailers. This task requires both creativity and a real nose for business. If they get it right, they could be sniffing victory in the boardroom.

For one team, a failure to make decisions means they get all bunged up. On the other, a bold attempt to make their fragrance stand out causes a stink. In the boardroom, for one team it is the sweet smell of success, while for the other the scent of defeat lingers in the air as they each fight to avoid hearing the words, 'You're Fired!'

See all clips from Perfume (2)