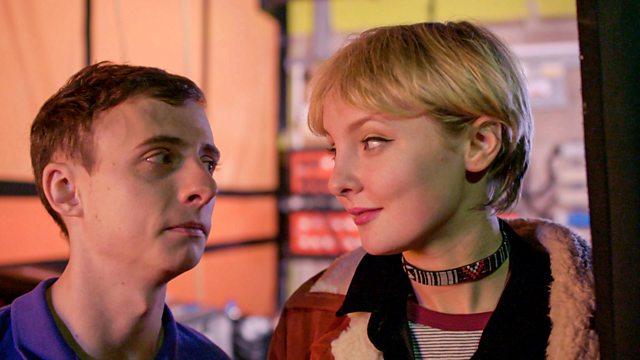 In the summer before he goes to university Luke is drawn to the mysterious girl who moves in next door, but a dark secret threatens to keep them apart.

In the long hot summer before he heads off to university, Luke Davies' life is a numbing mixture of anticipation and boredom as he counts off the seemingly endless days. He is awoken one morning by the clatter heralding the arrival of new family into the long empty house next door. From his bedroom window, Luke catches his first glimpses of his new neighbours - the Moores. The father, Alun, is a very ordinary looking man with a thinning pate. The mother, Helen, a downtrodden 40-something, who is slightly too nervous for her years. Then he spies the 19-year-old daughter – Sarah – a slight, plain looking creature, who appears to be on the tail end of an unsuccessful 'goth' phase. Intrigued, Luke stares at her, until she notices his gaze and scurries into her new house and out of sight. There is something mysteriously appealing about Sarah. Maybe it's the air of implied sadness around her, or maybe it's that she doesn't look anything like all the other girls locally, but Luke finds he can shake her from his thoughts. In bed one night, he is awoken by noises coming through the thin walls from next door. He hears raised voices, filled with muffled anger. Then there is a sound that will change his life forever. Drama set in South Wales