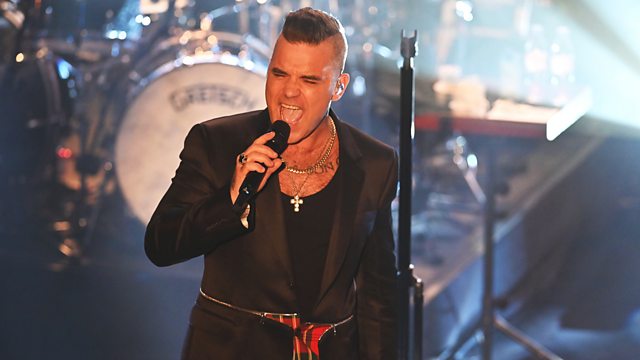 Robbie Williams performs in the BBC Radio Theatre for a very special BBC Radio 2 in Concert.

Robbie Williams and his band, including longtime collaborator Guy Chambers, perform an intimate and festive-feeling show in the BBC Radio Theatre in central London.

The show features songs from Robbie’s recently released 12th studio album entitled The Christmas Present, which sees him cover songs such as Merry Christmas Everybody, as well as newly penned songs like current single Time For Change. There are also a selection of his well-loved classics, such as Feel, She’s the One and Angels.