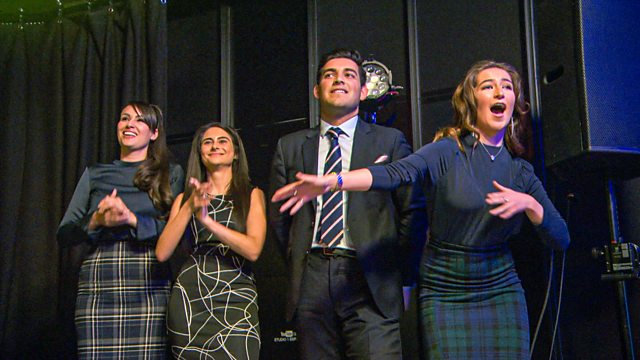 The Apprentice Series 15
Episode 9 of 14

Lord Sugar challenges the candidates to act as talent managers. They must audition unsigned musicians, choose which one to represent, then head to a studio to create a remix of one of their tracks.

It’s Week Nine, and Lord Sugar asks the candidates to meet him at the world-famous BBC Maida Vale studios in London. These studios have played host to some of the biggest music artists in history, from The Beatles to Beyoncé.

This week the candidates will need a good eye for business and an even better ear as they are challenged to become music managers. Each team must audition unsigned artists, choose which one to represent and then head to a studio to create a new remix of one of their tracks. The end goal is to secure sales of the record at their own showcase events. They’ll need to produce a good track and make strong sales if they are going to end up top of the charts in the boardroom.

For one team there are creative differences in the studio as they fall out more than the Gallagher brothers. On the other team there is a compilation of calamities as they fail to harmonise.

Back in the boardroom it’s time to face the music as Lord Sugar separates the chart toppers from the one-hit wonders. For one candidate there will be no encore, as they are told – 'You’re Fired!'

See all clips from Music Managers (2)