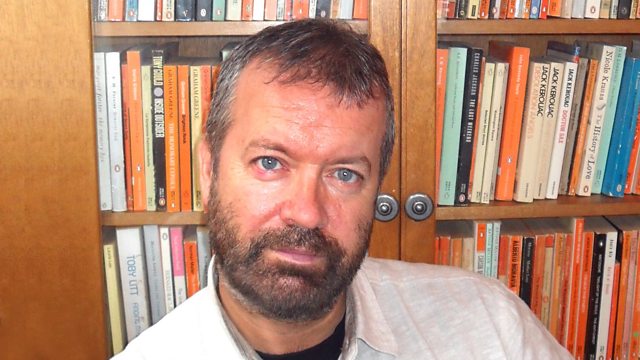 So Many Books, So Little Time

Mark Hodkinson ponders the nature of our personal book collections, why and how we gather books, what it says about us, and how we ever expect to find time to read them all.

Mark Hodkinson ponders the nature of our personal book collections, why and how we gather books, what it says about us, and how we ever expect to find time to read them all.

Author Mark had just moved house. By far the most difficult task was carrying, storing and alphabetising his collection of 3,500 books. It made him stop to think. If it took, say, four days of solid reading to finish a book, he’d need 38.3 years to go through his collection. He would have to make his way through 315 million words. And that’s if he didn’t take time off to sleep, eat and have the occasional night out.

Clearly, it was a challenge too far.

So Many Books, So Little Time is an autobiographical, impressionistic audio odyssey. Mark considers that he might be afflicted by bibliomania and visits consumer psychologist Lisa Edgar to see whether owning thousands of books is normal. He calls at his local bookshop and meets its owner, George Kelsall, who has ten times as many books as Mark and has bought a large house solely to accommodate them.

He visits fellow writers, such as Austin Collings who tells Mark he is in grave danger of becoming merely an aggregate of all his books and will eventually lose his own writing voice. Trevor Hoyle tells Mark that he views books as time capsules and, pulling copies down from the shelves, he can tell Mark when he bought them, what was happening in his life at the time. Joanne Harris, the million-selling author of Chocolat, tells Mark she has filled her house full of books because she can’t bring it upon herself to throw any away.

Practical concerns are not forgotten – Mark visits a carpenter, Ashley Deakin, who previously made a bookcase a week but now does one or two a year. ‘‘People don’t want to put books on their walls any more. They just want these bloody huge televisions,’’ he says. Ashley then remembers that he built a shelving unit just a few weeks ago.

A 7digital production for BBC Radio 4