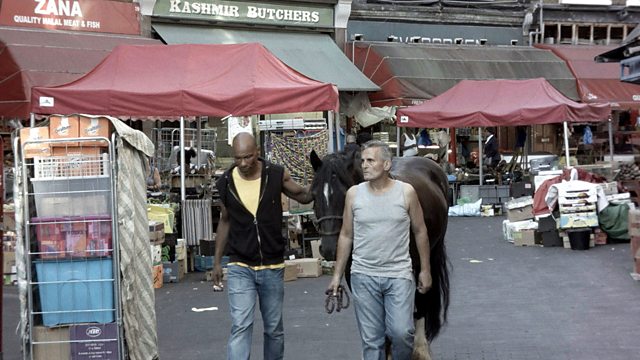 Behind the scenes of Here For Life, the latest Open Call project from Artangel and Radio 4.

Behind the scenes of Here For Life, the latest Open Call project from Artangel and Radio 4.

Released in November 2019, Here For Life is a film by Andrea Luka Zimmerman and Adrian Jackson, one of three projects commissioned in a partnership between Artangel and the BBC in 2014.

The film makers describe it as “an uncommon story told on common ground: ten Londoners with their love and their loss, their lyrical lives and marginalised grace; between fiction and fact, attention and act, what does it cost to exist?”

In this companion piece for radio, producer Phil Smith follows the story of the production, as the filmmakers put together an ambitious collaborative work that blurs fact and fiction, storytelling and performance. Constructed from hundreds of hours of behind-the-scenes footage, the piece gives an intimate insight into the creative process.

A Somethin’ Else production for BBC Radio 4