Schedule
BBC Radio 3
Dance Till You Bleed: The World According to Hans Christian Andersen
Main content 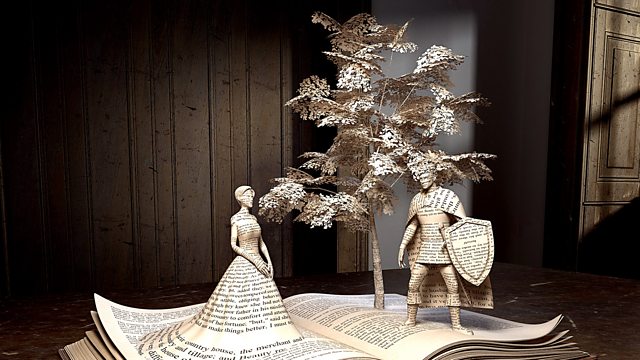 The Most Incredible Thing

Dance Till You Bleed: The World According to Hans Christian Andersen
Episode 1 of 5

Toby Jones stars as Hans Christian Andersen in five fairy-tale adaptations by Lucy Catherine. The series opens with a foolish king who barters his daughter's happiness.

Toby Jones stars as Hans Christian Andersen in five fairy-tale adaptations by Lucy Catherine that shine a light into the dark regions of the author’s mind. Each of the dramas is introduced by best-selling author and fairy-tale aficionado, Joanne Harris.

A foolish king barters his daughter’s happiness when he issues a proclamation.

Hans Christian Andersen jettisons the conventions of fairy tale logic, giving his characters realistic motivations for why they do what they do. He directly links the fantastical with the psychological . He subverts fairy tale logic whereby the good are beautiful and the bad, ugly. Without him, every fairy tale would end happily ever after and the true power of the genre might never have been realised.

Andersen acts as a tour guide, embarking on a journey through his imagination as he attempts to identify the source of his creativity.

The series delves into the darker tales including the later stories that anticipate Surrealism and Freud.

See all episodes from Dance Till You Bleed: The World According to Hans Christian Andersen