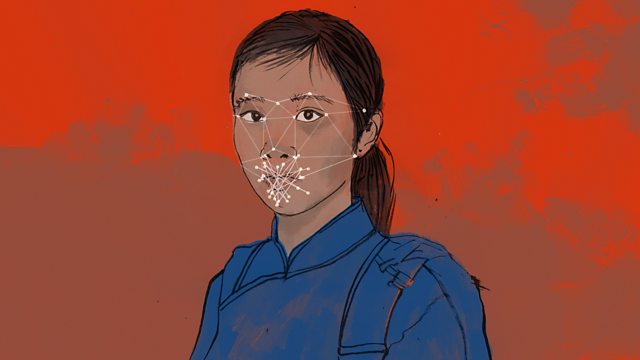 It's becoming harder to hide from facial recognition technology but what does this means for people, who protest against political systems, in places controlled by surveillance?

Johnathan Hirshon works in PR and marketing and describes himself as ‘The Faceless man' because he’s managed to keep his face off the internet for over twenty years. This may seem extreme but Neda Soltani explains how one online photo of her face, meant she had to leave her family, country and profession. Artist and curator, Bogomir Doringer whose archived and curated thousands of faceless images off the internet talks about how technology is not only choreographing the way we use our faces but persuading us to hand over our biometric data with our use of apps that change the way we look. .

Artist Zach Blas is interested in queer culture and has created masks using biometric data from minority groups, to push back on the possibility of people being categorised by biometrics. Zach uses masks to show that facial recognition technology can be disrupted. Stephen has been trying to do just that. Stephen is from Hong Kong and spent the summer protesting against the Extradition bill. He and his fellow protesters wore masks to evade identification from the police and Hong Kong's smart lamp posts. The remit of the protest grew when the wearing of masks by protesters was banned. Stephen believes that by using facial recognition technology on the streets of Hong Kong the authorities in Hong Kong and China are creating a sense of ‘white terror’. Stephen is now protesting in the UK but still feels this ‘white terror’. While protesting people from mainland China have been taking photos of him and other protesters. He knows that photos can go global and by using facial recognition tech he could be easily identified. Is it becoming impossible to escape recognition even when we would like to hide?

Produced by Kate Bissell
With special thanks to Bogomir Doringer

Zach Blas is an artist, filmmaker, and writer whose practice spans technical investigation, theoretical research, conceptualism, performance, and science fiction. He is a Lecturer in the Department of Visual Cultures at Goldsmiths, University of London.  He is interested in facial recognition technology and has worked on a project called ‘Facial Weaponization Suite’ which consisted of amorphous masks that demand opacity against facial recognition systems

Bogomir is an Artist, Curator and writer from Belgrade who now lives and works in Amsterdam.  After creating art with faceless images and noticing the same theme of hidden faces in other artist’s work and on the internet Bogomir was inspired to write ‘Faceless’.  A book which explores re-inventing privacy through subversive media strategies.

Jonathan Hirshon is a PR and Marketing technology guru from San Francisco.  He is known as the ‘faceless man’ having been able to keep his face off the internet for over twenty years, despite having attended conferences around the world throughout his career.

In 2009 Neda Soltani’s Facebook profile picture was used as the face of Neda Agha-Soltan who became the face of the Iranian protest movement after being shot and killed on the streets of Tehran by a sniper.  But this mix up resulted in Neda Soltani having to flee her family, profession and country after the Iranian secret service pressured her to pretend she was actually Neda Agha Soltan, to show the whole incident was fake news made up by the West.  When Neda Soltani refused she was threatened with treason and a potential death sentence so she had no choice but to flee 12 days after her photo had been taken from her Facebook account and spread around the world.

Stephen is from Hong Kong and spent the summer protesting on the streets of Hong Kong, first to overturn the extradition bill but then against police brutality, for universal suffrage and the right to protest. Stephen is now studying in the UK and spends his weekends demonstrating on the streets of Birmingham. While protesting in Hong Kong he wore a mask because of what he describes as 'white terror' from surveillance technology  identification and then facing punishment from the authorities. But while demonstrating on the streets of Birmingham and wearing a mask Stephen still feels this ‘ white terror’ despite being a long way from Hong Kong.