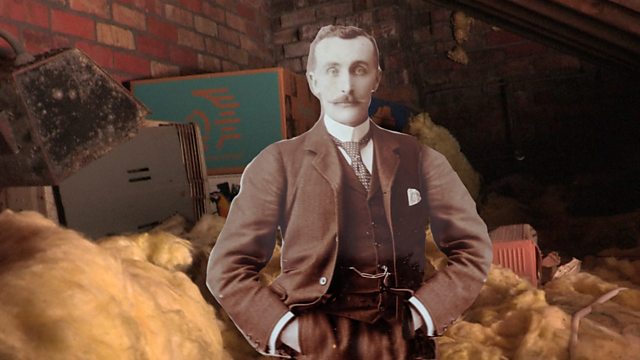 Ita Dungan investigates the frugal & flamboyant man who once lived in her Belfast home. Using receipts found in her attic as clues, Ita journeys into 19th Century middleclass life

Part 1 of 2. In the leafy suburbs of South Belfast, journalist Ita Dungan discovered thousands of receipts in the attic of her Victorian terraced house. They reveal the lavish middle class life of a man, woman, their family and servant from the 1860s all the way up until 1916. Receipts for velvet jackets and feather boas, their grand furniture and holidays away give clues to the life they once enjoyed - in the very same house which Ita lives in today. With the help of historian Dr Alice Johnson, she learns about the history of Belfast - which was an even bigger city than Dublin at one stage, thanks to its booming economy, and which gave rise to a middle class of people that could really enjoy the high life.

Before I Was an Orphan

The Man in My Attic - The Other Woman...

See all episodes from Stories in Sound