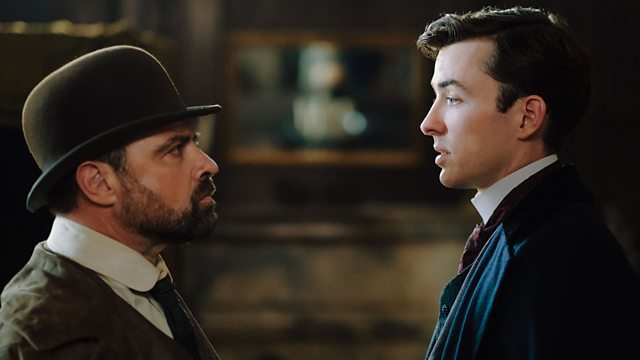 Junior doctor Max Liebermann asks to observe a criminal case for his studies. Inspector Oskar Rheinhardt reluctantly offers him full access to the case of a murdered woman.

Junior doctor Max Liebermann, son of a wealthy Jewish businessman in 1906 Vienna, is undertaking research in the new discipline of psychotherapy much to the disgust of his professor. As part of his understanding the criminal mind, he is given permission to trail Inspector Oskar Rheinhardt, who has been called to murder of a mysterious woman in Leopoldstadt.

Max has been encouraged to court the beautiful Clara Weiss by his family and together they visit an exhibition of Gustav Klimt’s work, where a disturbed woman lashes out at a complete stranger. Max arranges for the woman to be taken to his hospital, where she is admitted and placed in a straight jacket. Rheinhardt is not impressed with having to endure Max, who he sees as arrogant, and is not at all sympathetic to Max’s chosen field of study but is persuaded to allow an autopsy on the mysterious woman, which reveals that she was pregnant. Further investigations reveal that the victim was Charlotte Lowenstein, who ran secretive seances from her apartment. Max convinces Rheinhardt that someone who attended those seances was the father of her unborn child and her murderer.

The Queen of the Night—Series 1