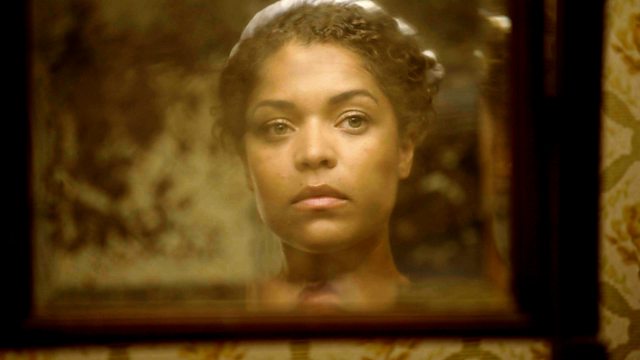 The Empire Writes Back

Novels That Shaped Our World Series 1
Episode 2 of 3

A look at how the novel has marched in lock step with the rise, decline and fall of the British Empire.

Robinson Crusoe, the hero of the first ever novel published in English, in 1719, was a slave trader. Right from its inception, as this programme investigates, the English novel was closely bound up with the dynamics of colonialism and marched along, in lock step, to the British Empire’s rise, decline and fall. Slavery, which predated the empire, but was an inescapable part of it, is the subject of two famous American novels more than a century apart - Harriet Beecher Stowe’s Uncle Tom’s Cabin and Toni Morrison’s Beloved. The legacy of slavery is also at the heart of one of the most famous novels of all, Charlotte Bronte’s Jane Eyre, and its 'prequel', written a century later - Jean Rhys’s Wide Sargasso Sea.

The British Empire was often taken as a given – even God-given - and widely celebrated. In the novels of some writers, though, it was questioned more deeply – such as Rudyard Kipling’s famous espionage yarn Kim. Fifty years later, a very different type of spy, James Bond, fought to keep the empire going when it had in truth already gone. By then a new voice had emerged - that of writers from the newly independent former British colonies, like Nigeria’s Chinua Achebe. At the same time, immigrants from the Caribbean were coming to the UK in search of a warm welcome and a better life. Their mixed experiences began to be told in the Trinidadian Samuel Selvon’s The Lonely Londoners, published in 1956. The twin evils of racism and slavery come full circle in recent works like the former Children’s Laureate Malorie Blackman’s series Noughts and Crosses and the 2016 Man Booker prize winner The Sellout, a savage comedy by Paul Beatty – in which a present-day African-American Los Angeleno keeps a slave.

See all clips from The Empire Writes Back (2)