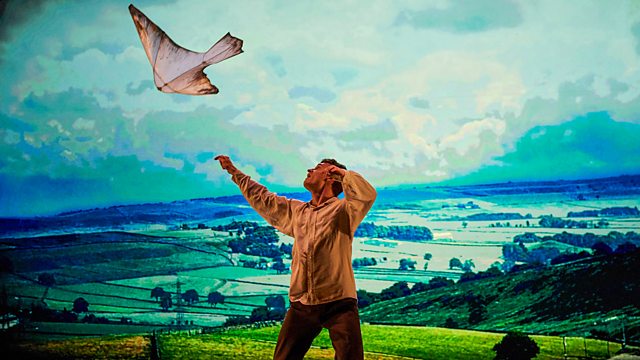 The heartrending, classic coming-of-age story of the relationship between a boy and a wild bird of prey, powerfully retold through the medium of dance.

A retelling of the heartrending coming-of-age story of the relationship between a boy and a wild bird of prey, created by Barnsley-born choreographer Jonathan Watkins using dance, music and puppetry. Coinciding with the 50th-anniversary release of Ken Loach's quintessentially British film, Kes - Reimagined is adapted from the novel A Kestrel for a Knave, written by English author Barry Hines.

Set in a Yorkshire mining community, this new interpretation of the much-loved classic takes audiences on a journey with Billy Casper. The young working-class boy is troubled at home and at school but finds solace when he encounters, and then trains, a kestrel. As the beloved Kes swoops and spins in the expansive freedom of the Yorkshire countryside, Billy's self-confidence begins to soar, and boy and bird become one.

It's a straightforward story but one with complex themes, a tale that resonates as much with contemporary audiences as those of the 1970s. It's about the politics of education and what and how we learn. The bird offers freedom from the brutality of pit life that for Billy, like so many other British men of the period, felt inevitable. The grace and beauty of the dancers contrasts with the bleak circumstances in which the characters they represent find themselves.

As Watkins says, 'There's a simple story at its core... someone being opened up to another world. It's a universal message about breaking out of your box. I believe dance is great at painting that picture, where someone goes from being restricted by their environment to opening up through an emotional, physical journey. New horizons are set.'

Initially premiered as a staged production at Sheffield's Crucible Theatre, Kes – Reimagined is performed to a score by Alex Baranowski, with puppetry design by Rachael Canning, set and costume design by Ben Stones, lighting design by Olivier Award winner Mark Henderson and projections by Daniel Denton.

KES was filmed in 2019 at Production Park, Wakefield and directed by Emmy Award winner Ross MacGibbon.