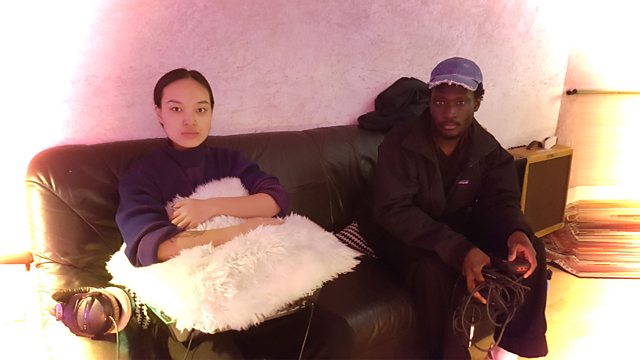 Born and raised in Guiyang, Southwest China, Pan Daijing has been based in Berlin since 2016. She tells visceral, emotional, poetic stories through a practice that combines composition, performance art, cinema, theatre, opera, noise, and more.

Lewisham’s Coby Sey has a wonderfully open approach to music, collaborating frequently with the likes of Tirzah, Klein and Kwes. His work often skilfully blends spoken word, vocals, live instrumentation, electronics and improvised DJ-ing to create new visions of club music. His collective Curl, founded with Mica Levi and Brother May among others, performed an amazing set at the inaugural Late Junction festival earlier this year.

Elsewhere in the programme we hear live concert highlights from the recent edition of ‘Le Guess Who?’, the avant-garde music festival that has been hosted in Utrecht, the Netherlands, since 2009.