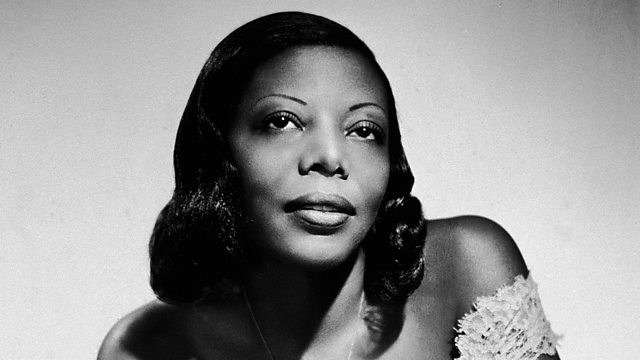 The priest and the jazz musician

Mary Lou Williams’ music stands out from the crowd because, as Duke Ellington recognised, “her writing and performing have always been just a little ahead throughout her career.” A prolific composer and arranger, she was also a gifted pianist. A master of blues, boogie woogie, stride, swing and be-bop, Williams was quick to absorb the prevailing musical currents in her own music, naturally able to exploit her ability to play anything she heard around her. It is this restless musical curiosity that defines her own compositions, and led her to become friends with and mentor many younger musicians, among them Thelonius Monk, Bud Powell, Charlie Parker and Dizzy Gillespie.

Born around 1910 in Atlanta, Georgia, Williams grew up in Pittsburgh, where she had to overcome racial segregation, gender discrimination and the disadvantages of an impoverished family to realise her musical ambitions. Learning to play entirely by ear, she was performing locally by age six. Barely into her teens she was touring professionally as a pianist, living proof that - contrary to the prevailing views - women really could play jazz as well as men. But her artistic success came at some personal cost, with instances of domestic abuse, two divorces, a gambling addiction, and the ongoing strain of trying to support her extended family, all taking its toll over the years. After taking a spiritual path, she spent some years trying to rehabilitate addicted musicians, and developed an interest in writing sacred jazz pieces, and after a long career of some sixty years she took on the mantle of educating future generations about the cultural roots of jazz.

Over the course of the week Donald Macleod follows Mary Lou Williams as her life and musical pathways intertwine, from the early years playing Kansas City swing, to embracing be-bop, religion and modern jazz.

After some fifty years of ups and downs and sheer hard graft, from 1966 Mary Lou Williams was managed by a Jesuit priest, Father O'Brien. A decade on she was finally financially secure, able to devote herself to her own varied projects, performing, writing and producing critically acclaimed recordings, and realising a long cherished ambition, a history of Jazz.