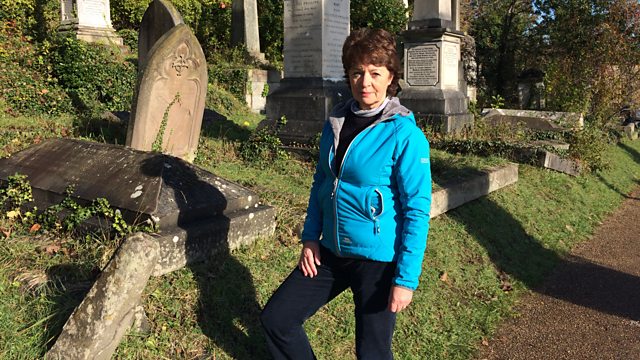 Helen Mark explores the forty-five acres of green space which make up Arnos Vale Cemetery in Bristol. She finds out about the history and wildlife of this unusual place.

For the first time, Open Country is entirely based at a cemetery. Helen Mark explores Arnos Vale in Bristol - forty-five acres of green space and woodland which provide a vital wildlife corridor in the city. First established 180 years ago as a 'garden cemetery' with architecture in the style of classical Greece, Arnos Vale quickly became the fashionable place for Victorian Bristolians to be buried. It was one of the first places in England to install a crematorium, a state-of-the-art development in its day. But during the latter part of the 20th century it fell into disrepair. Neglected and overgrown, it almost closed for good. A campaign to save it has resulted in a cemetery which today is much more than just a place to bury the dead. As Helen finds out, it has a whole life of its own. Wildlife thrives in the trees and undergrowth which almost swallowed the gravestones during the years of neglect. Now restored as a working cemetery, it also has a cafe and a shop, and is a venue for everything from yoga classes and craft fairs to film screenings and even weddings.