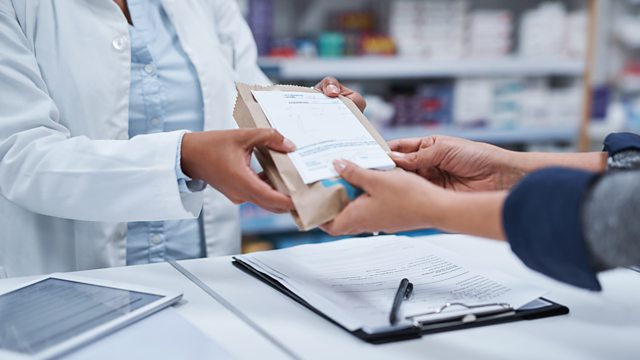 Medics say shortages of some drugs are worse than ever. File on 4 examines the complex network behind the medication we’re prescribed and uncovers a long-running crisis.

Medical professionals say shortages of commonly prescribed drugs are currently worse than ever before - impacting on patient care and potentially costing lives.

The government has banned the export of some medications from the UK in an attempt to protect dwindling supplies but desperate patients are still travelling abroad to get the medication they need or, rationing their supply or going without treatments entirely.

File on 4 examines the complex supply network behind the medication we’re prescribed and finds out how a single broken link in the fragile chain can impact patients, doctors and pharmacists alike. Speaking to worried insiders, exasperated clinicians and patients left too frightened to leave the house, the programme uncovers a long-running crisis at the very centre of our health care system.

Anatomy of a fraud