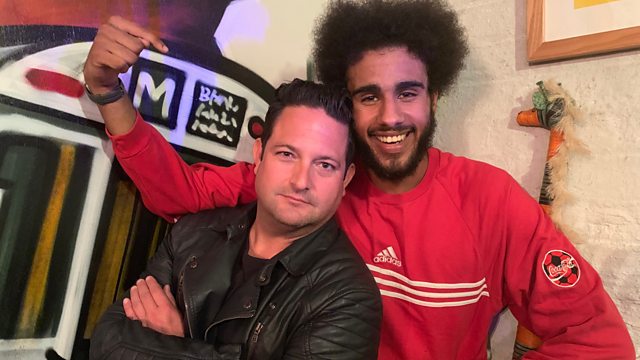 Is live performance bad for you? Concluding his series on music and mental health, Chris Hawkins meets scientists measuring exactly how stressful it is.

Concluding his three-part investigation into music and mental health, Chris Hawkins meets the scientists measuring exactly what a performer goes through when they step on to the stage in front of a crowd.
Professor Catherine Loveday of the University of Westminster is a specialist in music and the brain, and has used clinical measures to survey people working in the music industry - and it seems that from DJs to solo artists there is something uniquely stressful about performance.
But when do healthy fight or flight responses become a problem?
Professor Mark Wetherell of the University of Northumbria University has measured stress in people from all walks of life, and Marcus Lesycsyznski-hall, lead singer of Pagans SOH offers to take part in an experiment designed by the professor. Tracking his stress hormone cortisol at the moment of performance - the results prompt Marcus to say "Wow."
Bill Ryder-Jones remembers his time in The Coral - and memories which have a little do to with a hormone called oxytocin - and John Grant assures performers that the crutches associated with the music industry, drugs and alcohol, are not the reasons for your creativity.
Professor Loveday also offers a crucial five-point plan for anyone wanting to pursue a career in music and look after their mental health.
Details of organisations offering information and support with mental health are available at bbc.co.uk/actionline, or you can call for free, at any time to hear recorded information on 08000 155 998.

Chris Hawkins in the University of Westminster with Professor Mark Wetherell and Professor Catherine Loveday.