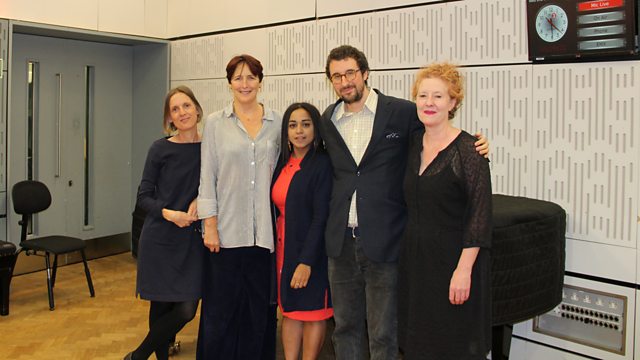 George Eliot's Mill on the Floss

George Eliot was born on 22 November 1819.
Rebecca Mead is the author of The road to Middlemarch: my life with George Eliot.
Dafydd Mills Daniel is a New Generation Thinker on the scheme run by the BBC and AHRC to put academic research on the radio.
Professor Peggy Reynolds teaches at Queen Mary University London and has edited anthologies of Victorian poets, the Sappho Companion and the Penguin edition of George Eliot's Adam Bede.
Professor Philip Davis teaches at the University of Liverpool and is the author of The Transferred Life of George Eliot.

Listen out for Radio 3's weekly curation of Words and Music which broadcasts each Sunday at 5.30pm and is available to listen here https://bbc.in/2E72xV0
A special episode also featuring Fiona Shaw as one of the readers hears extracts from Eliot's fiction, essays and journal set alongside the music she might have had on her playlist - composers including Clara Schumann, Liszt, whom Eliot met in 1854; and Tchaikovsky, who said his favourite writer was George Eliot.

The legacy of the Trojan War