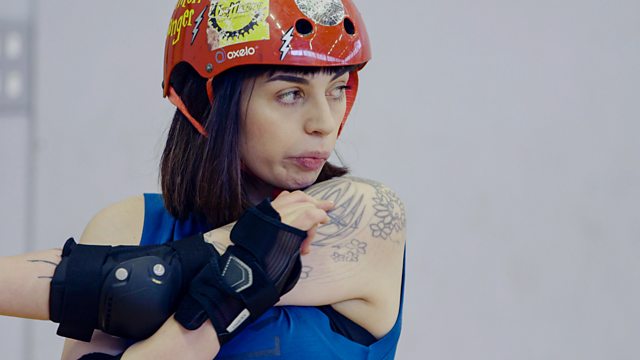 Presenter Vonny LeClerc delves into the fast and furious world of female roller derby and finds a sport that is an expression of femininity and sisterhood.

In this episode, presenter Vonny LeClerc delves into the fast and furious world of roller derby. The sport has exploded in popularity over the past decade with teams springing up all over Scotland.

A cross between British bulldog and speedskating, it demands fitness, technique and skating skills, but in exchange for dedication there is an unrivalled feeling of community.

Rediscovering her own passion for the sport, Vonny visits her old team in Edinburgh, the Auld Reekie Roller Girls, and trains with them for this first time in five years. She also witnesses the A-team snatch a last gasp victory against Nottingham’s Hell Fire Harlots, which propels them back into the European top twenty rankings.

This grassroots DIY sport is a window into an alternative expression of femininity and sisterhood – one that is powerful, fearless and challenging.

See all episodes from Hidden Lives