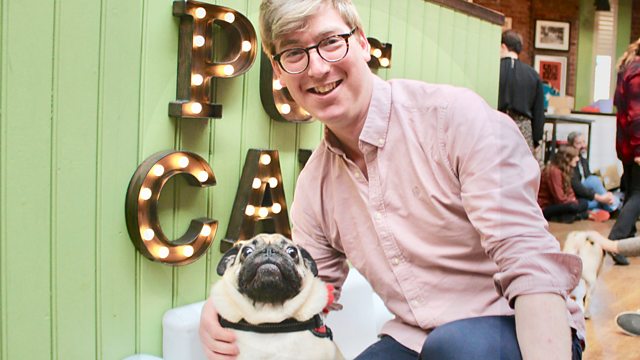 Of Dogs and Duchesses

Not just a lap warmer - explore the deep and meaningful relationship between small pooches and their 18th-century owners - from the Duchess of Devonshire to Frederick the Great!

Sometime in the late eighteenth century, Georgiana, Duchess of Devonshire, sat in Chatsworth House penning a poem to her pooch. Although heartfelt, at first glance there is little to say about this doggerel verse. The rhymes are bad and it ends abruptly, we don’t know the date, and we are none the wiser about the name of the canine companion in which Georgiana confided...

But if we look across Europe around this time, lap dogs and house dogs were being written about more than ever before. And - allegedly - picking up the pen themselves… they sent letters, not infrequently in French: Frederick the Great’s princessly whippet replied to a little spaniel who solicited her affections; the flirtatious Madame Rococo sent a note to the 6th Duke of Devonshire’s Mr Bony… and dogs took on leading roles in popular literature of the age, too.

Dr Seán Williams from University of Sheffield is curious about these scraps of cultural history. They tell us as much about humans, our ideals and fears, as they do about man's best friend. Seán visits the archives at Chatsworth, digs up readings from Germany, and talks to historian Ingrid Tague, an expert on pets in the eighteenth century. In that period, ideas of innate goodness and trained, proper sociability - the best version of humanity in a civilised world - were projected onto little dogs. But lapdogs in particular also characterised modern society’s ills, sent up in satire to show the worst sides of their human owners.

Creative dogs that voice such cultural aspirations and anxieties are also common today - though they're more likely to be found on social media than as epistles penned by paws. So Seán visits a Pop-Up-Pug-Cafe - surely a first on BBC Radio 3 - where there are pugs a plenty - a dog breed that has been in Britain since the royal court of William and Mary, and mocked by none other than Jane Austen...
He meets 21st century canine characters, to get their own opinions, as well as those of their two-legged friends.

Dr Seán Williams is Lecturer in German and European Cultural History at the University of Sheffield, with a dogged devotion to the eighteenth and early nineteenth centuries. He’s a BBC New Generation Thinker.

Dr Ingrid Tague is Associate Professor of History at the University of Denver in the US. She’s author of Animal Companions: Pets and Social Change in Eighteenth-Century Britain (2015, Penn State University Press). 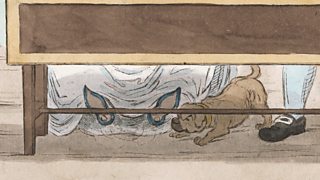 Dr Seán Williams on mankind's little friend, from the 18th century to the present day.