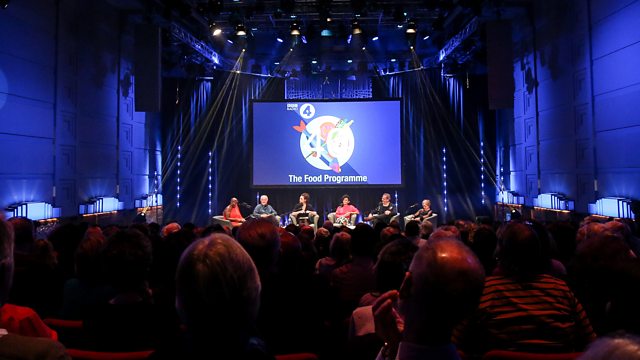 Andi Oliver, Rick Stein and Yotam Ottolenghi join Sheila Dillon at the BBC Radio Theatre to celebrate 40 years of The Food Programme and ask what changes the next four decades might bring to the way we eat and drink.

Together with restaurant critic for The Guardian and MasterChef regular, Grace Dent and food blogger and presenter Leyla Kazim, they’ll traverse the food trends which have shaped our eating in and eating out, and face questions from listeners from all over the country. From fad diets to food fraud, from the scandals which have shocked us to the cook books we reach for in our flour-coated, milk-spattered kitchen time of need; the highs and lows of 40 years in food and drink.

The Food Programme was commissioned in 1979 as a six-part radio series fronted by Derek Cooper. Join in as we share the food stories which have helped make the series the place on BBC Radio 4, for hungry minds across four decades.

Produced in Bristol by Clare Salisbury.

The Food Programme at 40: Looking Back (Part I)