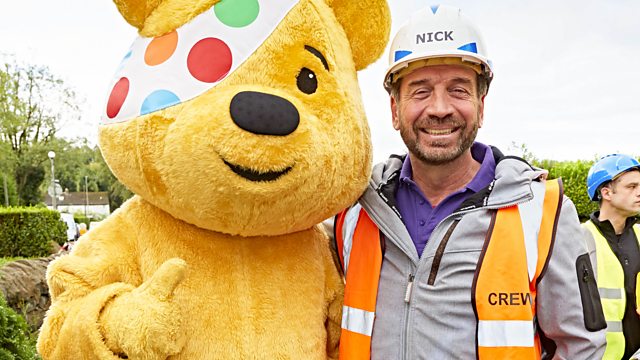 DIY SOS and BBC Children in Need embark on a truly challenging build for the Blackburn homeless charity Nightsafe.

DIY SOS and BBC Children in Need embark on a truly challenging build for the young homeless people who are being supported by local Blackburn charity Nightsafe.

Young homeless people are often overlooked, vulnerable and very much in need of help. The borough of Blackburn with Darwen is one of the poorest in the country, and there maybe dozens of young homeless on the streets nightly. Across the UK tens of thousands of young people are sleeping rough or in temporary accommodation each year. It's a growing problem that needs addressing. Luckily, the people who run local charity Nightsafe want to make a difference, but their current accommodation facility is full to capacity, so they are desperately in need of a new centre.

As ever, it's an immense challenge, relying on generous volunteers and kind donations. This build is also supported by multiple faiths, as the trades take on the heavenly task of converting an old church hall into a brand new home for six young homeless people.