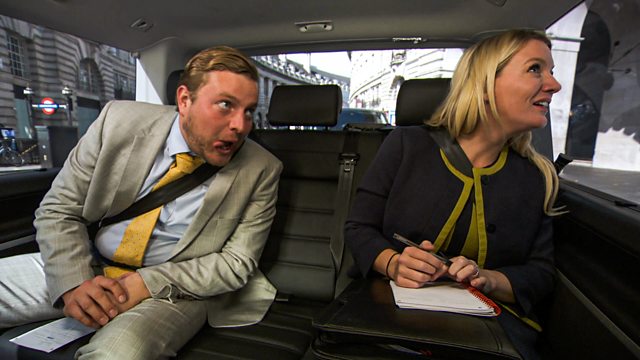 The Apprentice Series 15
Episode 7 of 14

The candidates must create an advertising campaign to persuade UK tourists to visit Finland. Finland is known as a winter destination, but this campaign must entice us to visit during the summer.

At the London Stadium in Stratford, site of the 2012 Olympics and home to UK Athletics and West Ham FC, Lord Sugar reveals that this week the contestants will be rebranding the country of Finland. Finland is known as a winter holiday destination, but for this task the candidates must create an advertising campaign to entice UK visitors during the summer months.

Half the team head to Finland to film the TV advert whilst the rest create a marketing campaign and a digital billboard to be displayed at Piccadilly Circus. The candidates must then pitch their advertising campaign to leading industry experts, including the head of tourism for Finland.

During the filming of the advert, on one team temperatures soar, while the other team make a big splash. Going into the pitches, both teams must convince the panel that they really understand all Finland has to offer, not just as a country, but as a summer destination.

The candidates aren’t out of the woods yet, as they’re back in the boardroom and facing Lord Sugar’s scrutiny. And for one candidate it’s time to pack their suitcase, as they are told – 'You’re Fired!'

See all clips from Finland Advertising (2)