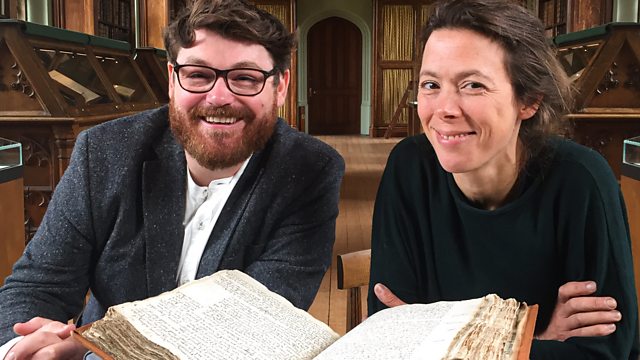 Scuffles, Swagger and Shakespeare: The Hidden Story of English

Shakespeare is often credited with revolutionising English, but is the real story more complex? Dr John Gallagher uncovers the surprising tale of how English conquered the world.

The English language is spoken by 450 million people around the globe, with a further one billion using it as a second language. It is arguably Britain’s most famous export. The man often given credit for the global triumph of English, and the invention of many of our modern words, is William Shakespeare.

Shakespeare’s plays first hit the stage four centuries ago, as the explorers of Elizabethan England were laying the foundations for the British empire. It was this empire that would carry English around the world. Language historian and BBC New Generation Thinker Dr John Gallagher asks whether the real story of how English became a global linguistic superpower is more complex.

John begins by revealing that if you had stopped an Elizabethan on the streets and told them their language was going to become the most powerful one in the world, they would have laughed in your face. When Shakespeare began writing, the English language was obscure and England an isolated country. John’s quest to find out how English became a global language sees him investigate everything from what it was like to be an immigrant in Elizabethan Britain to how new technology is transforming our understanding of Shakespeare.