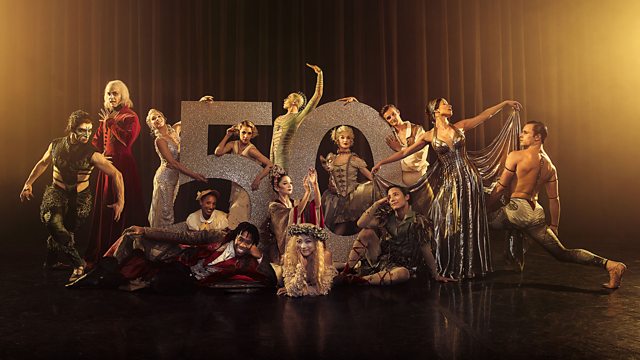 As Northern Ballet reaches its half century, the company's Artistic Director David Nixon discusses his love of telling stories through Dance.

Ever fancied sleeping in an artwork? Soon you’ll be able to do exactly that at the Art B&B – a new hotel in Blackpool which has commissioned 30 artists to turns its rooms into works of art. Michael Trainor, Creative Director of the Art B&B explains the vision for the hotel, and Arts journalist Laura Robertson shares her thoughts on the new establishment after getting an early preview.

When the African-American cellist Seth Parker Woods came across a photograph taken in the 1970s of the avant-garde cellist Charlotte Moorman - nude and playing a cello made from ice, the image stayed with him. Charlotte’s performance was in part a feminist statement but Seth and his partner in this project, Spencer Topel, have reimagined the work as a statement on race. As they prepare Iced Bodies for its UK premiere at the Huddersfield Contemporary Music Festival they discuss fusing art with activism.

Dear Evan Hansen, Emmanuel Jal, How to Make a Living as a Writer

Celebrating 50 years of The Northern Ballet

Northern Ballet will mark its anniversary year with a series of exciting events including a star-studded gala and three world premières.

Iced Bodies at The University of Huddersfield as part of the Huddersfield Contemporary Music Festival 2019.
Image of Seth Parker playing the Ice Cello courtesy of Tim Porter