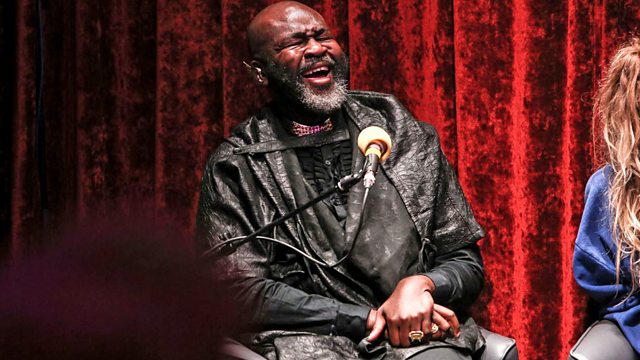 Weimar and the Subversion of Cabaret Culture

From 1919 when the Weimar constitution said all were equal and had the right to freedom of expression, through to the Mbari Writers and Artists club in Nigeria, to the UK today, clubs and cabarets have always been spaces of creativity. The panel consider a series of moments in history to ask when and how club culture started to influence our wider society.

Florence Ostende is the curator of Into the Night: Cabarets and Clubs in Modern Art which runs at the Barbican Art Gallery until January 19th 2020 curated and organised by Barbican Centre, London, in collaboration with the Belvedere, Vienna.

Le Gateau Chocolat and Lucy McCormick both performed in Effigies of Wickedness – a show from ENO and the Gate Theatre which was based on songs banned by the Nazis.

Le Gateau Chocolat is a drag artist and contemporary opera performer who has performed internationally from the Edinburgh Festival Fringe to the Beyreuth Festival opera house.

Lucy McCormick's hit shows include Triple Threat and Post Popular. She’s been an Artist in Residence for the Royal Vauxhall Tavern’s DUCKIE nights, and a Research Fellow at Queen Mary University London.

Gaylene Gould is a cultural director and curator who has spearheaded a series of projects involving film, writing and art for Tate, the V&A and h club.

Dr Lisa Mullen teaches film and literature at the University of Cambridge and is the author of Mid Century Gothic. She is a New Generation Thinker on the scheme run by the BBC and the Arts and Humanities Research Council to put research on the radio.

Why We Need New News: Being Human Festival Research