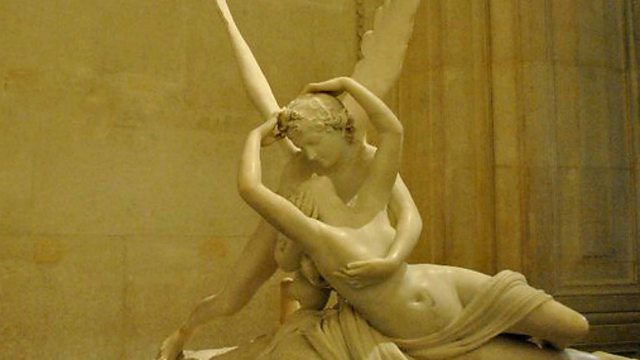 Naomi Paxton assembles a squad of researchers to talk about dating, relationships and what how we fall in love says about us, from the National Archives to London's gay bars.

Naomi Paxton assembles a squad of researchers to talk about dating, relationships, and what how we fall in love says about us from the National Archives to London's gay bars.

Dr Cordelia Beattie from the University of Edinburgh has unearthed two new manuscripts by the 17th-century woman Mrs Alice Thornton, which put her life, loves and relationship with God in a new light. Now they’re becoming a play in collaboration with writer and performer Debbie Cannon.

Dr João Florêncio is from the University of Exeter and his research on pornography, sex and dating in post-AIDS crisis gay culture is being transformed into a performance at The Glory in London.

Another queer performance space, London's Royal Vauxhall Tavern, is the venue for a drag show based on research into LGBTQ+ personal ads from a 1920s magazine done by Victoria Iglikowski-Broad as part of her work at the National Archives.

Professor Lucy Bland of Anglia Ruskin University has created Being Mixed Race: Stories of Britain’s Black GI Babies, an exhibition in partnership with the Black Cultural Archives, which features photography and oral histories from the children, now in their 70s.

A list of all the events at universities across the UK for the 2019 Being Human Festival can be found at their website: https://beinghumanfestival.org/

The festival runs from Nov 14th – 23rd but if you like hearing new ideas you can find our New Research playlist on the Free Thinking website, from death cafes to ghosts in Portsmouth to the London Transport lost luggage office: https://bbc.in/2n5dakT

Why We Need New News: Being Human Festival Research